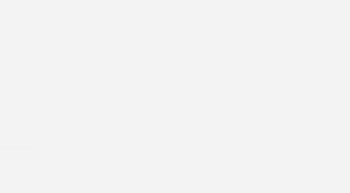 The African Center for Parliamentary Affairs (ACEPA) in partnership with NORSAAC and Socioserve-Ghana, has trained and sensitized citizen groups in the Northern and Southern sectors of Ghana as part of a project titled “Dialogue for Change: MPs and Citizens Working together for Inclusive Development”. The project is funded by STAR-Ghana under its Gender Equality and Social Inclusion cluster.

The Dialogues for Change Project is premised on the fact that in order to respond to the needs of citizens particularly the vulnerable, and to guarantee that their basic human rights are recognized and enforced, the active and meaningful participation of citizens in Ghana’s political discourse is important. Meaningful participation of vulnerable groups requires that they have opportunities and capacities to engage duty bearers as well as decision-making processes. The sensitization program which was on Parliament-Citizens engagement and targeted vulnerable and socially excluded groups (also known as GESI groups) was therefore an attempt to educate citizens and give them the needed skills to engage policy makers such as parliamentarians when the opportunity is created.

In the Northern region (representing the Northern Sector), the sensitization exercise was held in February 2018 over a four-day period in four local government areas namely Gushegu, Tolon, Sagnarigu and Tamale. For the Southern sector, the activity was conducted in four districts of the Eastern region – Asougyaman, Yilo Krobo, Akuapem North and Abuakwa North – in April 2018. Over 300 participants comprising Persons with Disabilities (PWDs), market women, Livelihood Empowerment Against Poverty(LEAP) beneficiaries, Youth (in and out of school) and representatives of Civil Society Organizations (CSOs) were trained. Some state institutions and agencies like the National Commission for Civic Education (NCCE), Department of Social Welfare and District Assemblies also took part in the training.

The training sessions introduced participants to the Institution of Parliament and the Roles of Parliamentarians, Entry points for Advocacy/Citizens Engagement with Parliament, as well as issues of gender and social exclusion. Participants of the training sessions including members of the district assemblies also shared their experiences in dealing with their MPs, noting that engaging MPs is very challenging and sometimes downright frustrating. This was of great concern to all participants. The facilitators guided participants by redefining more effective ways they could engage their MPs to ensure effective representation of the interests of their constituents. Participants also learnt how to make inputs into bills before they are passed into laws.

A post activity evaluation revealed that a shift in knowledge occurred on the part of participants on how they perceived the role of parliament. Most participants now appreciate and understand the four major roles of parliament. In addition, they are now able to better engage MPs and duty-bearers. Participants also identified “lack of communication” as a major cause of disconnect between the priorities of citizens and what MPs champion on citizens’ behalf.

The training was highly commended and participants were appreciative of the opportunity what to share experiences and most especially to interact with representatives of the DAs and NCCE who participated in the training workshop.